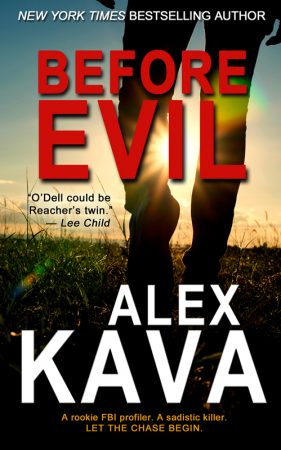 From her small Quantico office Special Agent Maggie O’Dell has profiled serial killers using Poloraids and faxed copies of evidence provided by homicide detectives from across the country. She’s profiled the killers and solved the crimes without ever stepping foot at a real crime scene. Then Albert Stucky comes along and nothing will ever be that same.

Stucky is a sadistic madman who places pieces of his victims in takeout containers and leaves them for innocent bystanders to find. He enjoys his twisted games as much as he enjoys the kill. Maggie is tasked with profiling his murders. Instead of feeling threatened, Stucky is pleased and he even begins to taunt her–“Let the chase begin.”

The Maggie O’Dell series has hit the bestseller lists in the US, UK, Australia, Poland, Germany, Italy and Japan, and it has received numerous starred reviews.  Stranded (Maggie #11) won a Florida Book Award and the Nebraska Book Award. To date, the series has sold over six million copies worldwide.