I love the crisp, cool temp of fall. The crunch of leaves, harvest moons and, of course, college football AND volleyball (GO HUSKERS!!!). The pack enjoys the cooler weather too. We have walnut trees in the backyard, so you know what that means…S-Q-U-I-R-R-E-L-S!!! This past week the dogs have been helping till the garden with their noses and paws. I’m calling it tilling, but it’s really vole hunting. That’s what terriers do.

Now that we’ve added the VIR Club luncheon to October, I’m looking forward to that, too. This year we had 150 readers from 14 states. My friend, Judge Leigh Ann Retelsdorf and I shared how she’s helped me create some of my most twisted killers. She threw in a few of her own stories of cases she’s prosecuted. Fact is so much stranger than fiction.

Tripp, a therapy dog in training, joined us. Oh, and guests helped us raise $1500 for Promise 4 Paws, a local dog sanctuary that takes in senior dogs. (A portion of each ticket was donated.) The afternoon was so much fun! I always enjoy talking to readers and catching up on their lives. Check out some of the photos here.

Save the date: Saturday, October 17, 2020 for the 3rd Annual VIR Club Luncheon. I hope you’ll join us. It’s going to be extra special because we’ll be celebrating 20 years/20 books of Alex Kava. That’s right! HIDDEN CREED will be my 20th novel since A PERFECT EVIL was published in 2000.

Watch for details in future emails for when tickets go on sale.

I have lots to share with you this month so let’s get to it!

CONGRATULATIONS TO VICKIE AND SUGAR 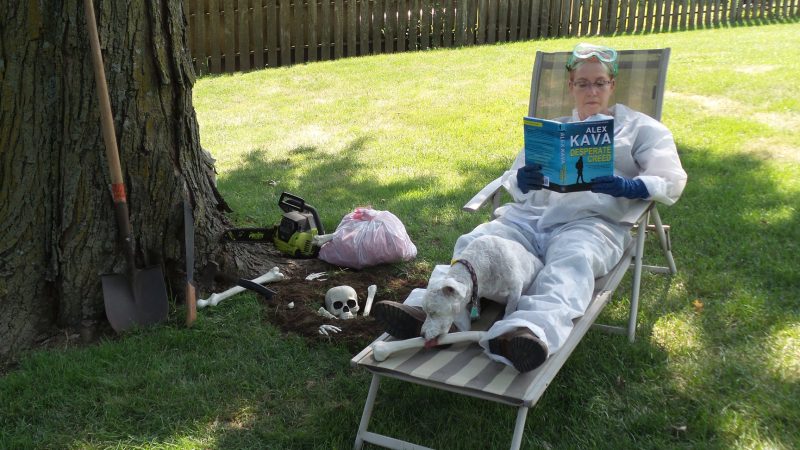 Last month we did a Last Blast of Summer Contest. I asked readers to submit photos of themselves and/or their pets reading one of my books. Congratulations to Vickie and Sugar who won the grand prize: being a character in the next Ryder Creed book. 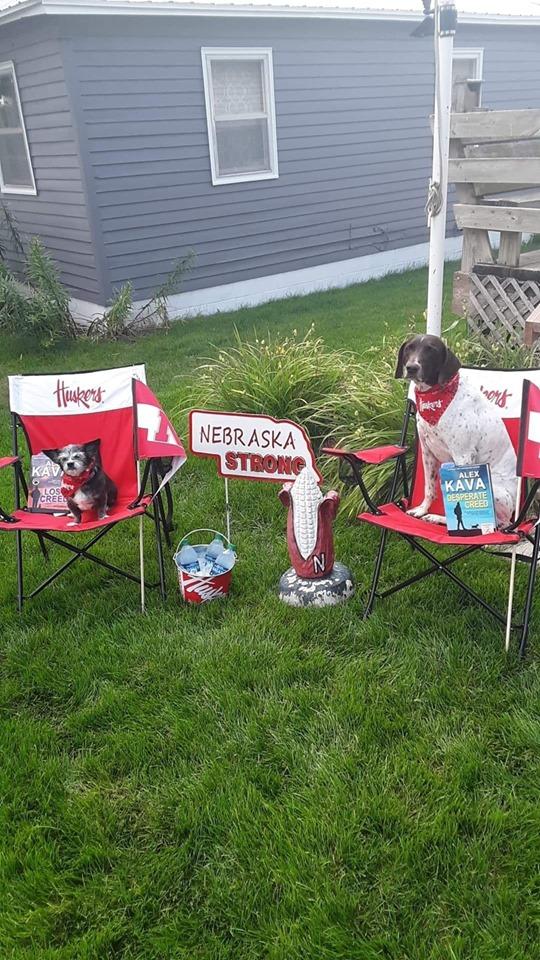 Check out all the winners’ photos here: CONTEST WINNERS!

The audiobook is now available for Desperate Creed. Thanks for being patient. 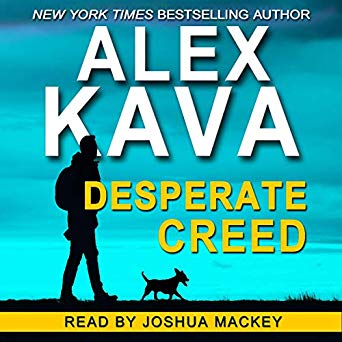 Creating an audiobook is an interesting process. Consider that the book is actually written to be read not spoken or performed. It’s not a script or screenplay. Now that I have control over my audiobooks I get to choose the narrator. I wanted a voice that would entertain me for seven to eight hours, and Josh Mackey does just that. 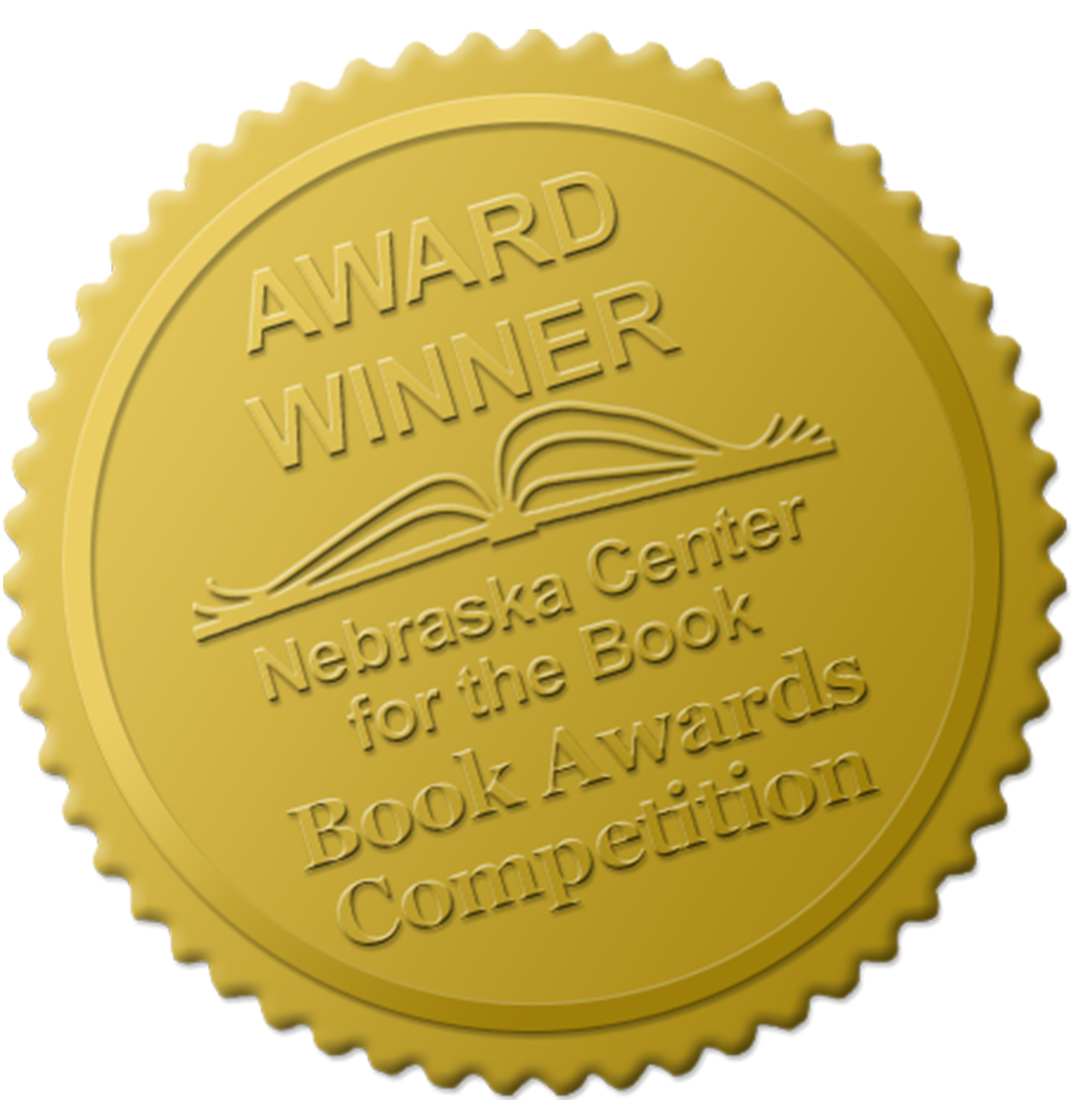 I’m excited and honored to share with you that Lost Creed has been awarded the 2019 Nebraska Book Award for fiction. This was especially meaningful because I tackled the difficult subject of human trafficking in our great state. AND I tried to do it without getting preachy or political while keeping in mind that my number one goal—always—is to entertain my readers with a good story.

Speaking of Nebraska authors, remember last January when I recommended Tosca Lee’s The Line Between? The sequel, A Single Light, just came out a few weeks ago. This is one of those instances where I suggest you read them in order since A Single Light picks up right where The Line Between left off. I think you’ll enjoy Wynter Roth. She’s a kickass protagonist but with a heart.

—From the book jacket:

In this gripping sequel to The Line Between, which New York Times bestselling author Alex Kava calls “everything you want in a thriller,” cult escapee Wynter Roth and ex-soldier Chase Miller emerge from their bunker to find a country ravaged by disease, and Wynter is the only one who can save it.

Doctor Dogs by Maria Goodavage is on my TBR pile. I’ve talked about my fascination about how dogs can detect cancer, C. diff and diabetes among a list of other medical conditions, so this book was immediately on my radar when it was released.

—From the book jacket:

In this groundbreaking book, Goodavage brings us behind the scenes of cutting-edge science at top research centers, and into the lives of people whose well-being depends on their devoted, highly skilled personal MDs (medical dogs). With her signature wit and passion, Goodavage explores how doctor dogs are becoming our happy allies in the fight against dozens of physical and mental conditions.

DO YOU TALK TO YOUR PET?

Sometimes people ask me, “You don’t really talk to your dogs, do you? I always tell them, “Of course I do. How else would I answer all their questions?” 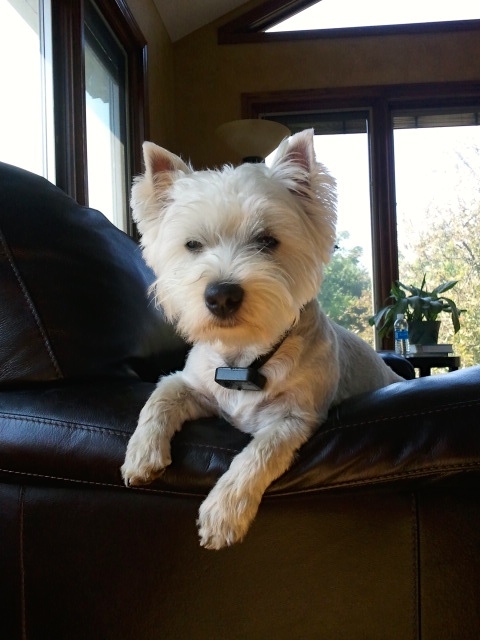 Now, a new scientific study shows that if you talk to your pet it’s a sign of higher intelligence. It’s a part of our brain’s ability to give animals and other life forms human-like emotions, traits or intentions. The concept is called anthropomorphism. Those of us who talk to our pets are able to tap into and use this ability. And yes, that makes us smarter! By the way, I talk to seeds and plants when I garden, too, so I might be a genius.

Additional studies show that talking to your pet actually makes your pet smarter, too. Dogs have the ability to differentiate between words and your gestures. When we talk to them we give them more information to understand, know what to expect and how to react to our emotions.And as we know, emotions run down the leash, right? Multiple studies have shown that if an owner is depressed or anxious, the dog is likely to mirror those same emotions.

So talk to your dog or cat. It’ll make you both smarter.

Take care and thanks again for reading my books!

—BACK TO THE TOP—